Since his expulsion from Palestine in 2011, Mohammed Dahlan sought refuge in Abu Dhabi. His relationship with the UAE seems to be mutually beneficial. First, the UAE helps Dahlan stay in the game in Palestine by supporting his bid for Palestinian presidency against his ex-comrades in the Fatah as well as against Hamas and other Islamist groups. Second, Dahlan, who has been expanding his wealth since his appointment as Head of Security in Gaza in 1994, is able to maintain his business ties as a UAE agent in several regions, especially in the Balkans. Dahlan is a useful figure for the UAE’s economic and political ambitions not only in the Middle East but also in its adjacent territories. Dahlan has many faces, including hitman, businessman, politician, NGO-funder, mediator, and broker. Therefore, the UAE can carry out its business operations in countries like Serbia, Montenegro and Ethiopia through employing Dahlan as an unofficial UAE envoy. Furthermore, Dahlan and the UAE detest Islamists and aim to prevent their expansion and ascendancy to power whether it be in Egypt or in Tunisia or in Libya. Their motivations are different. While Dahlan seeks to preserve his privileged status in the Palestinian political scene, , the UAE mainly desires to keep its monarchy alliance safe from any popular mass movement. The so-called Arab Spring that provided an opportunity with Islamists and other long repressed political, ethnic, and sectarian groups to have a say, unsurprisingly, suffered from the rage of a Dahlan-UAE alliance in Egypt, Libya, Tunisia, and Yemen. Moreover, Turkey along with Qatar has been another target for this alliance for its support for the Muslim Brotherhood. Obviously, Turkey and Qatar, especially the latter, had nothing to do with the democratization of the region but had found an opportunity to have a leverage over the UAE and Saudi Arabia. Yet, as Yousef Al Otaiba, UAE’s envoy to the US said in one of his leaked email, Dahlan had “his hand in just about everything.” Dahlan was an unequalled figure for the UAE. He organized almost everything about weapons, from their manufacture to shipment. He mitigated the tensions between UAE-backed governments as is the case of Egyptian-Ethiopian. He eliminated dissidents as revealed in his cooperation with hit teams in Yemen and involvement in the Khashoggi murder in Saudi Arabia’s Istanbul Consulate. In sum, the reciprocally fruitful relationship between Dahlan and the UAE manifested itself in carrying out an ostensibly legal political agenda, decorated with several aspects but in fact realized by employing illegal means from assassinations to coup plotting and to breaching arms embargos. Like Dahlan himself, this relationship also has many faces.

“The UAE took him in as their pitbull.”

Dahlan’s relationship with the UAE has been shaped with his personal proximity to Mohammed bin Zayed, the de facto rule of this tiny, oil-rich country. Mohammed bin Zayed, mostly referred as MBZ, was born in 1961, the same year as Dahlan, and received his education in the UK, becoming a helicopter pilot. MBZ’s spiritual and religious education was consigned to a Muslim Brotherhood-affiliated Egyptian scholar, Ezzeddine Ibrahim. Which makes his policy choices all the more curious. Following his father’s death, he was appointed Crown Prince of Abu Dhabi in November 2004 and as Deputy Supreme Commander of the UAE Armed Forces in January 2005. Unlike his father and brother Sheikh Khalifa bin Zayed, MBZ has been pursuing a more aggressive and expansionist policy. He has built a stricter authoritarian rule within the Emirates, silencing dissidents even if they are abroad. This aggression also keeps him safe from any controversy that would be raised by other family members over his role in the politics. 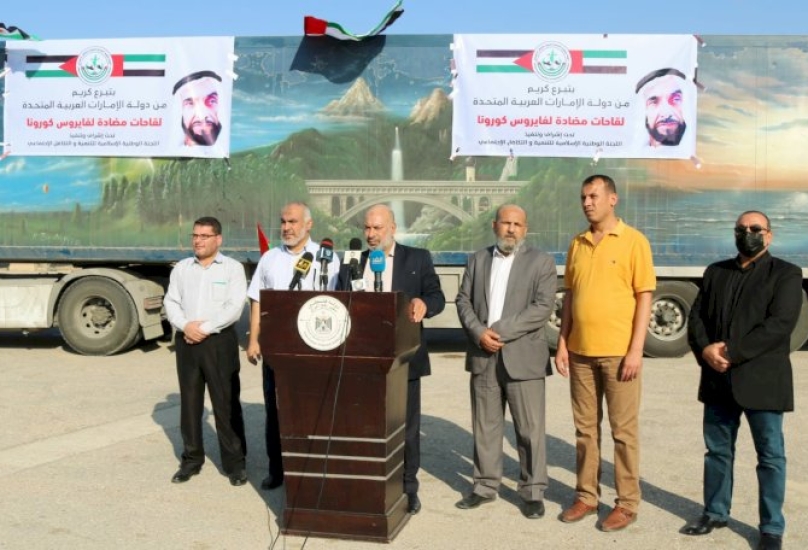 MBZ has never had any sympathy towards popular movements or ideologies that would bring an end to his strongman position. Therefore, MBZ has been employing several external skilled men. A Chatham House report in 2017 highlighted the delegation of certain jobs to men from different fields by MBZ:

“The UAE also relies on external talent to fill capacity gaps of the kind that are common in young and fast-developing countries. The higher reaches of the UAE military include Mike Hindmarsh, the Commander of the UAE Presidential Guard (which includes the country’s Special Forces, which have played a key role in military operations abroad). In the economic field, Maurizio La Noce, the former CEO of the oil and gas division of Mubadala, is said to be an important confidant of the crown prince. Furthermore, the Bani Fatima have come to rely on a number of ‘fixers’, as described by one former consultant: individuals with ties to influential figures and groups abroad. Perhaps most prominent among these is Mohammed Dahlan, the former security chief of Gaza, who is now an ‘adviser’ to MBZ. As one Western official put it, Dahlan is ‘seemingly everywhere right now’, from Gaza, Egypt and Libya to Serbia and Somalia.”

Mohammed Dahlan, Gaza’s exiled strongman appeared as unprecedentedly useful to MBZ, who had to figure out how to deal with the Arab Spring at the beginning of the last decade. Following a raid to his home in 2011 by Palestinian security forces, Dahlan fled to Jordan, then to Abu Dhabi with a warm welcome from MBZ. That year a wave of mass protests was sweeping across the Arab world that began in Tunisia and swiftly spread to other countries, including Egypt, Libya, Syria, and Yemen. The consecutive deposal of Arab dictators in these countries caused a panic in the Gulf, which also had to suppress an Iranian-backed Shiite insurgency.

As outlined in the sections of Tunisia, Egypt, Turkey, Libya and Yemen, Dahlan acted as the UAE’s invisible hands to implement the tiny kingdom’s regional ambitions. 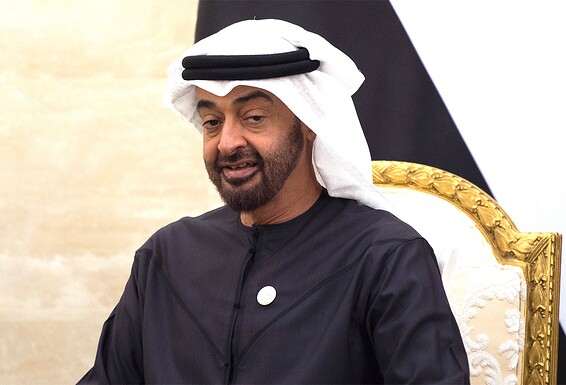 Last but not least, Dahlan is believed to be one of the architects of the Deal of Century and the Abraham Accords. A Foreign Policy article described him as “confidant of Persian Gulf leaders and regional strategic mastermind, Dahlan is helping to shape the Arab peace deals with Israel.” Nabil Sha’ath, a high-ranking official within Fatah and one of Abbas’ closest aides, claimed that Dahlan was part of the Abraham Accords’ “engineering.” Another allegation was that Dahlan used his links to Israeli security intelligence, arranging meetings with the UAE officials. Adnan al-Dumairi, spokesman of the security services in Ramallah was also confident that Dahlan was definitely involved in the normalization process between the UAE and Israel.

Realizing that the rumors about his involvement in this process harmed his reputation among Palestinians, Dahlan did not hesitate to deny allegations. He even claimed that the Deal of Century was a disaster for Palestinians. Moreover, he arranged the shipment of COVID-19 vaccines to Gaza enclave with no Israeli objection. The payment came from the UAE.Dahlan would not leave a room for any political move that would damage his bid in Palestinian politics. As a matter of fact, while serving the UAE’s interests in the region, he has also been enjoying his position in Abu Dhabi for his bid in the Palestinian politics. As seen in previous scenarios, the UAE and its allies like Egypt, have pledged support to Dahlan against Abbas. Although he has not been successful so far or managed to seem unsuccessful, Abbas and his administration, as well as Hamas, have always felt Dahlan’s breathe on their necks.